Flamory helps you capture and store screenshots from FastTracker by pressing a single hotkey. It will be saved to a history, so you can continue doing your tasks without interruptions. Later, you can edit the screenshot: crop, resize, add labels and highlights. After that, you can paste the screenshot into any other document or e-mail message.

Here is how FastTracker snapshot can look like. Get Flamory and try this on your computer. 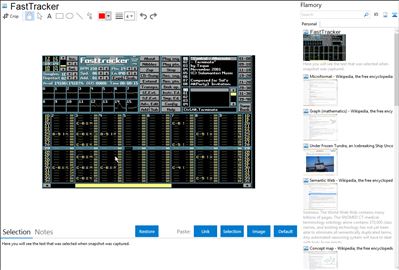 FastTracker is a DOS-based tracker software (a music sequencer to edit module files). FastTracker was first released in 1993 by a demo group called Triton which had won several demo competitions in 1992 and decided to release its own tracker software. The application was discontinued after the release of version 2.08 in mid 1997.

Attempts to release a fully Windows compatible version 3 of FastTracker failed. However, other tracker applications inspired by FastTracker were released before and after 1997.

Integration level may vary depending on the application version and other factors. Make sure that user are using recent version of FastTracker. Please contact us if you have different integration experience.